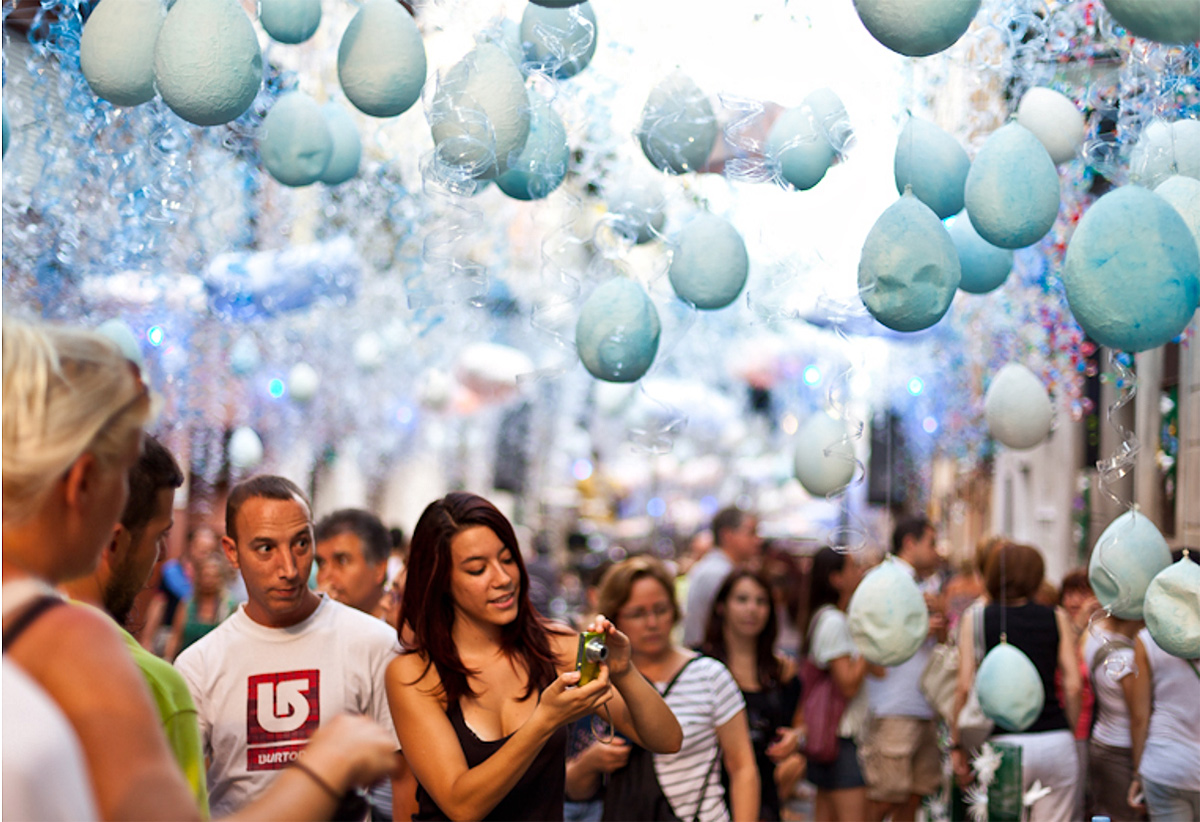 Posted at 14:26h in Uncategorized by cmga 0 Comments
0 Likes
The Sants festivities begin when the Gracia neighbourhood festivities end. Go visit them if you haven’t had the chance. This year both commissions have been greatly affected by the restrictions and until the last minute, they did not know if they could celebrate the parties with just enough time to prepare, organize and decorate. So, make neighbourhood, support the neighbours and visit its beautiful streets 😉 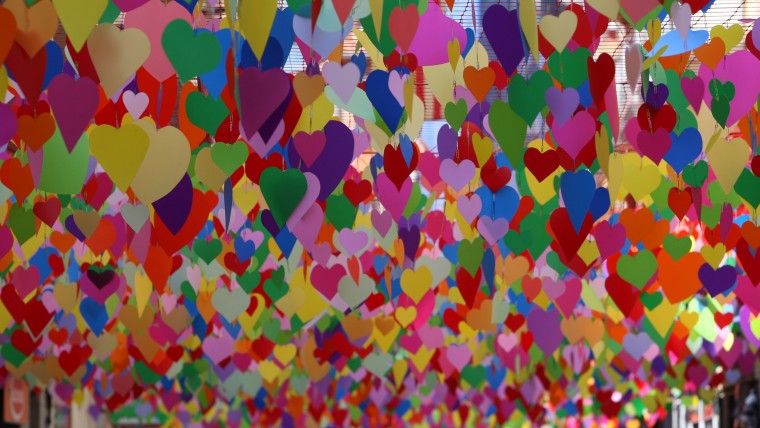 The Sants festivities begin on Tuesday, August 24, coinciding with the saints of Sant Bartomeu, patron saint of Sants, and will culminate 5 days later, on Saturday, August 28. It start with the floral offering to Sant Bartomeu. It will be on August 24 at 10:30 in Santa María church’s.

But officially the starting gun of a popular party is after the proclamation that will take place in the Can Mantega Garden in August 24 at 7:30 p.m. This year the town criers will be Marta Sorribes, director of CAP Numància and Joan Galimany, well known in the neighbourhoods for being the owner of the popular Kessler-Galimany patisserie. They have been chosen to pay tribute to two sectors that have experienced the health crisis very closely.

The schedules will be adapted depending on the restrictions. Now all activities are scheduled to end at 0:30 to respect the curfew.

The streets that will be adorned will be: Guadiana Street, Finlandia, Alcolea de Dalt, Alcolea de Baix, Valladolid and Robrenyo Street and the squares of the Farga and Bonet i Muixí  (The latter belongs to Papin and Sagunt streets, which have moved the decoration to the square to guarantee security measures)

To access the streets it is not necessary to request a prior appointment, but as they have done during the Gracia festivities, the venues will be perimeter and with limited capacity, controlling the entrances and exits so that there are no crowds and sufficient interpersonal space can be maintained of security.

To enjoy the activities is required to make a reservation. In the following link you can find the complete program that they have organized for this year, both those organized by Los Castellers of Sants and the Alternative Festival of Sants and reserve the tickets for the activities you would like to attend. Sants Festivities Program.

So, the ideal plan for going to Sants Festivities is to come to Abrassame for lunch or dinner with friends and / or family to recharge your batteries, enjoying the wonderful panoramic views and our cuisine, either before or after visiting the wonderful decorated streets.