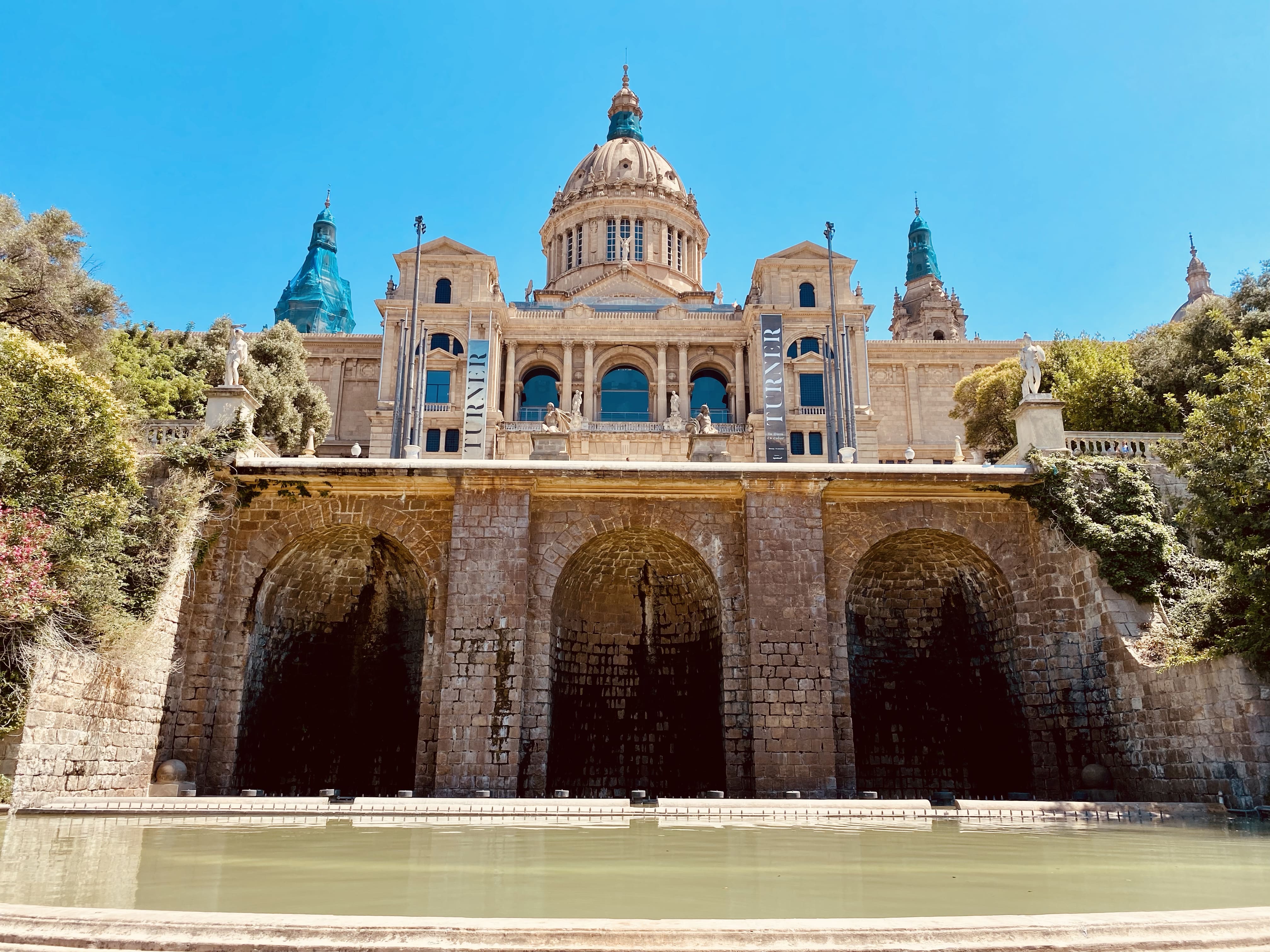 Posted at 17:02h in Uncategorized by cmga 0 Comments
0 Likes

Tourism in Barcelona? In your own city? And why not? Although we are from here, there are always corners and points of interest to discover. And even more so in Barcelona, a city with endless hiding places, monuments, parks, museums, exhibitions… It is always a good plan to do tourism in Barcelona.

In this article we will focus on the Montjuïc area, the closest to the Abrassame restaurant. So take a backpack, a water bottle and comfortable shoes, let’s start with the tour!.

Montjuic Castle. It is located in the flattest part of the mountain. There are two options to get there, with buses 150 or 55 and also by cable car from the Metro Paralelo stop.

Like all castles, this one also has its peculiar history. In the year 1074 it began as a lighthouse, where there was a hut inhabited by a sailor who was in charge of watching if hostile ships arrived at our shores. During the years 1940-1952 the lighthouse was walled, becoming a fort. And it was not until the years 1688-1697 that it became the Castle that it is today. You can buy tickets at the following link, but keep in mind that the first Sunday of the month they hold open days, that is, admission is free. Admission is also free every Sunday from 3:00 p.m. So now you know, if you can, organize the excursion for the first Sunday of the month. Leaving the castle, we will go down the Montjuïc Road to take advantage of and go to the Mayor’s Lookout and enjoy the panoramic views of the city.

We will start with the first one, which is the one closest to the castle, the Barcelona Botanical Garden. Its function is to make known and preserve the plants of the Mediterranean. In its main itinerary it shows the similarity that we will find with the Californian, Chilean, South African and Australian landscapes. The best season to visit it is in spring, you will find a spectacle of colours since that is when most of the flowers bloom. In the following link you will find information of schedules and prices. Although, like Montjuïc Castle, admission is also free on the first Sunday of the month and every Sunday from 3:00 p.m.

Historical Botanical Garden. Here we will find plants from colder climates. The reason is because it is located in a deep and shady area of Montjuïc where the temperature can drop to 4º, ideal for cooling off on these hot summer days. Here the entrance is always free, although in the following link you will find information about opening hours and location. 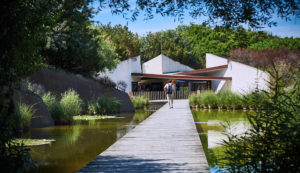 Parks and gardens. There are many parks and gardens around the Montjuïc area. You can visit them while you are walking from the Barcelona Botanical Garden to the Historic Botanical Garden. The most popular and highest rated on Google are, the Mossèn Cinto Verdaguer Garden, the Laribal Garden and the Joan Maragall Garden. Any of them is ideal for making a technical stop and having a small picnic to recharge your batteries and continue walking. So don’t forget to add a red and white checkered tablecloth to your backpack to take funnier photos.

The wonderful Poble Español. Mandatory stop for those who do tourism in Barcelona. It was built thanks to the International Exhibition that was held in Barcelona in 1929, which meant a great urban development for Barcelona, more specifically for the Montjuïc area and surrounding areas. The Poble Español is one of the most popular and charismatic venues in the city. It represents the most popular architecture and culture of Spain. In addition, they organize thousands of events, concerts, exhibitions… We leave you the web link so that you can inquire about the schedules, prices and all the information you need.

The Greek theatre. Its name is not because it was built by the Greeks, it is because the architect was inspired by the theatre of Epidaurus in ancient Greece when designing it. It was built in 1929 for the International Exhibition. It is an open-air theatre located in a landscaped environment of 1.65 hectares, it welcomes 1900 spectators and they perform theatre plays and dance. In the following link you will find performances, hours and prices.

The majestic National Palace, the MNAC. It was also built thanks to the International Exhibition. Classicist style building crowned by a large dome inspired by the Basilica of Saint Peter and four towers inspired by the Santiago de Compostela’s Cathedral. Harmonious combination giving rise to one of the most emblematic and majestic buildings in Barcelona. It stands out for housing one of the most complete collections of Romanesque art in the world. In addition to housing collections and organizing exhibitions, it has large interior spaces that can be rented to organize unique events. In the following link you can soak up all its history, schedules and prices. Unlike Montjuïc castle, admission here is free on the first Sunday of the month and every Saturday from 3:00 p.m. Important note, take a break on the steps of the main door, the panoramic views invite you to relax while enjoying the scenery. 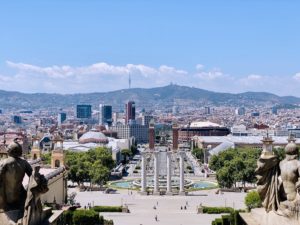 Caixa Forum, Casaramona antique fabric. Modernist style building built between 1909 and 1912 on the slopes of Montjuïc. It was owned by a cotton industrialist who made blankets and towels. It would have to go very well to be able to build a factory of such calibre. But it seems that the success was short-lived, the factory went bankrupt and in 1919 it had to close its doors. Then it went on to serve as warehouses for the International Exhibition of 29 and was even the headquarters of the National Police. The La Caixa Foundation acquired it in 1963 and 10 years later it was declared an asset of cultural interest. It was in 1993 when restoration work began for its social and cultural use as CaixaForum, inaugurated in 2002. It houses permanent collections, holds temporary exhibitions and organizes countless activities. Go to the following link to inform you of schedules, prices and activities. If you are CaixaBank customer, you will get discounts and you can even enjoy free activities.

Magic fountain of Montjuïc. It was also built in 1929 for the International Exhibition of 29. Clearly the exhibition meant a great change for the Montjuïc area and the nearby areas. This project encompassed everything from the luminous rows of Av. María Cristina to the waterfalls and ponds of the National Palace (MNAC), with the fountain being the main element. It is located in Plaza Carles Buïgas, named after the architect who was commissioned to build this colossal combination of architectural works, highlighting water as an essential element of the project. The charm of the fountain is that it combines the play of light with the water to the sound of music. In the following link you will find the updated schedules.

Spain square. We finish in Spain Square, here we will find the most famous roundabout in Barcelona, catalogued as Catalan Cultural Heritage. Do you know what year it was built? Correct, in the year 1929 because of the International Exhibition. It was designed by the architect Josep María Pujol and the ornamental sculptures were commissioned by Miguel Blay, Frederic Llobet and the brothers Miquel and Llucià Oslé. Each designer shaped his own style, observing it carefully we will discover classical Greco-Roman architecture, baroque, classicist realism, noucentisme and art deco. So that later they say that it is not good to mix, seeing this work it seems that sometimes combining styles gives extraordinary results. Giving the square its name, the statues represent a poetic allegory to Spain, symbolizing the rivers that flow into the three seas that surround the peninsula.

Right next to it we will find Las Arenas de Barcelona. Old bullring built in 1900 and converted in 2011 into a cultural and leisure center maintaining the original neo-Mudejar style structure. There are shops of all kinds, fashion, supermarket, coffee shops, exhibitions, restaurants and even a gym with SPA. Upstairs, in the dome, in addition to being us, you will find spectacular panoramic views of the entire city. ideal to end the day of tourism in Barcelona, so you can have dinner at Abrassame to put the finishing touch to your day of tourism in Barcelona. 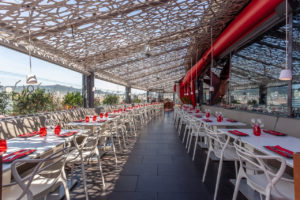 Montjuic Cemetery. Cemetery tourism, also called necro tourism. With a great tradition in Europe, it is becoming more and more established in our lands. Tourists understand that it is an architectural and cultural element of the region, beyond the function it performs.

The Montjuïc cemetery, declared a Catalan Cultural Heritage Site, was built in 1883 by the eclectic architect Leandre Albareda. It covers practically the entire southern slope of the mountain, it has an area of 560,000 hectares with more than 160,000 graves, you can take more than a week to explore it if you are a big fan of this type of tourism. In addition to treasuring endless stories, the site has a hearse museum. The cemetery organizes two-hour guided tours, in which they recount the most unique and interesting obituaries. In the following link you will find schedules and prices.

Air Raid Shelter 307. Shelter created in 1937, during the Spanish civil war. At this time an extensive network of tunnels was created so that the population could shelter from the bombing. They were built by the residents of the neighbourhood, with the help of the Generalitat, providing tools and materials to carry out the construction. The 307 is one of the best preserved and one of the few that is still accessible. It currently belongs to the MUHBA, Barcelona History Museum. It is located in the neighbourhood of Poble Nou, specifically in 169 Nou de la Rambla Street. In the following link you can buy tickets, although keep in mind that the first Sunday of the month admission is free and also every Sunday from 3:30 p.m. So take advantage now, that there are still free activities for sightseeing in Barcelona!