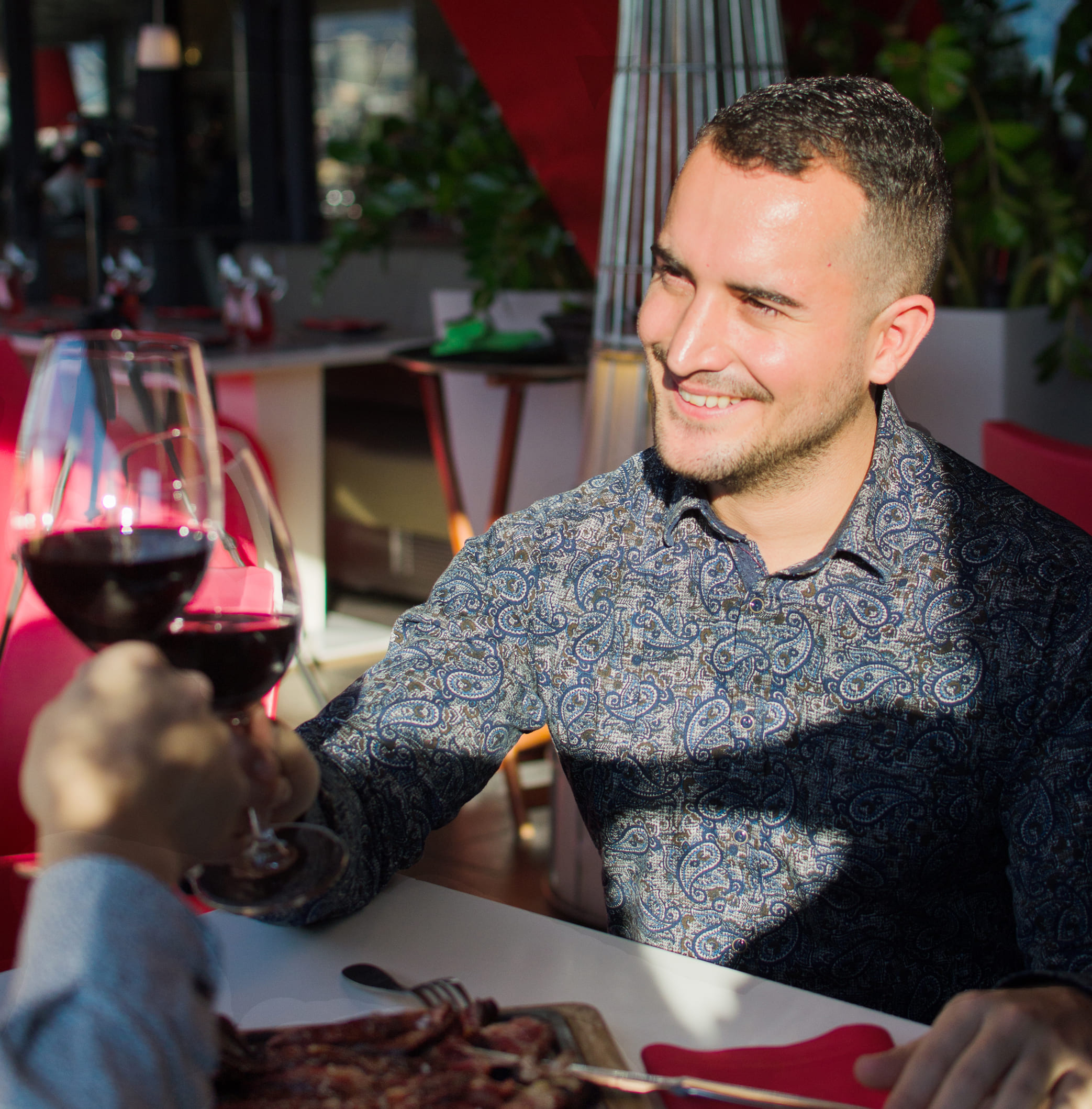 Posted at 18:06h in Uncategorized by cmga 0 Comments
0 Likes

November 24, World Red Wine Day. Coincidentally, it coincides with Thanksgiving Day, which is celebrated on the 4th Thursday of November. We, living in a wine land par excellence, this article is dedicated to red wine, its peculiarities and properties.

The origins of wine date back to 8,000 BC, archaeologists discovered the oldest winery in the Georgia area. They also found a vessel with a reddish residue dating from Neolithic times between the area that is now Iraq and Iran. Later, the consumption of wine became popular, extending to the south, reaching Egypt and north to Greece. Did you know that in ancient Greece wine was mixed with water and kept in goat skins? The ancient Egyptians were more refined and kept it in clay amphoras and the Romans were already the pioneers in preserving wine in oak barrels.

Red wine is made from the must of red grapes. According to the rest time in barrels and in the bottle itself, called aging time, they are classified as follows:

Young wines: they rest in barrels between 3 and 6 months. Ideal wines to pair with an aperitif and soft meals such as pasta and white meats.

Vintage wines: they spend between 6 and 12 months in the barrel and another 12 months rest in the same bottle, in a horizontal position, sealed and in the penumbra. They are perfect to accompany with grilled or grilled red meat, roasts and even with cured cheeses.

Reserve wines: they are aged for 3 years, of which, at least, they must go through barrels for 12 months and the rest in the bottle under the same conditions as the vintages. They are ideal to eat with soft game stews such as hare, duck or quail meat and also with gelatinous meats.

Large reserve wines: it is the top category. They must age for 60 months and at least 18 months must rest in barrels and the rest in the bottle. These wines are perfect for pairing with powerful deer or wild boar game stews. 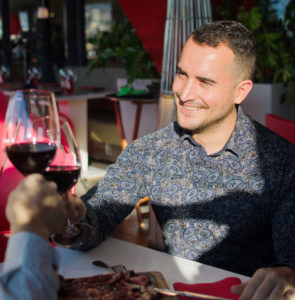 Surely you know that drinking red wine in moderation brings us multiple benefits for our body. *Note, taking more than 300 ml per day is considered a high dose. That said, wine whets the appetite, being an anxiolytic helps to fall asleep, favours the circulatory system, prevents thrombi, is healthy for the heart, lowers bad cholesterol, is highly antioxidant, and reduces possible diabetes problems. By containing antiseptic properties, it also benefits us to heal digestive diseases, intestinal colic and other gastrointestinal diseases. In addition, it responds favourably to liver failure. No wonder Christians chose wine to evoke the blood of Christ, and it is because a glass of red wine a day practically gives you eternal life 😉

But not everything is gold that glitters, it also has a harmful part. Red wine contains sulphur dioxide and can trigger asthma in sensitive people. It must also be said that wine has quantities well below toxic levels. Another adverse effect is that it increases the risk of suffering from breast, colon, oesophageal, brain and neck cancer. And there are studies that show that it is highly toxic to the cardiovascular system. In addition, frequent consumption, like other alcoholic beverages, can cause damage to the nervous system and liver problems. So, keep in mind, as the TV commercials say, drink alcohol in moderation.

Another peculiarity of red wine is that in the Middle Ages it was used as a drug. They used it to treat people with problems of anemia, dysentery and diseases of the nervous system. 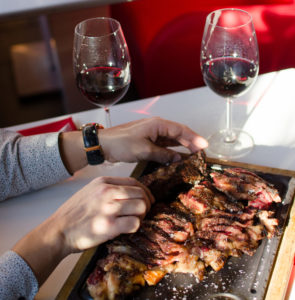 At Abrassame we have a careful list of red wines, as well as white and rosé ones, so that you can pair them and enjoy them with fish from the market, as well as a good seafood paella or a 1 kg grilled T-bone steak from old cows matured for 50 days, or even have a glass of young red wine on our terrace, with good company while you are captivated by the panoramic views of Barcelona.